We are now moving into the last half of our celebration of Black History Month. How have you been celebrating, thus far? This month, I’ve applauded African American authors and musicians. What do you know about your favorite African American author(s) or musician(s)? What was their life like as a child? What experiences led them to writing or to a life as an entertainer? What were their inspirations for their books or music? What are their writing habits/practicing habits?  And, the list goes on and on . . . These are questions you may locate by checking out their biographies or autobiographies; either online or via print resources.

As a teacher-librarian in a public elementary school and as a writer of children’s books, I find myself reading many children’s books. One of my favorite African-American writers is Christopher Paul Curtis. Curtis is an award winning author who wrote The Watsons Go to Birmingham-1963, Bud, Not Buddy, Elijah of Buxton, and other novels for young readers.

Born and raised in Flint, Michigan, Curtis uses Flint in the settings of many of his books. In addition, some of his character’s experiences are influenced by Curtis’s own life. I love the humor that Curtis so effortlessly incorporates in his writing. His stories also includes serious historical events, such as the Underground Railroad, the Great Depression, and the Civil Rights Movement. However, these well written and intricate stories offer likable characters with strong and passionate convictions which intrigue young readers and seasoned readers, like me!

In 2015, I, along with my friend Gloria had the remarkable pleasure of meeting Curtis at a Reading Conference in Atlanta, Georgia. Earlier in the day, Curtis signed copies of his books and of course, we were in line to get our copies (don’t remember which book) autographed.

As a Reading teacher, Gloria had a few connections. One such connection gave her a free ticket to a banquet to be held that evening. Guess who was the keynote speaker? You’re correct. Christopher Paul Curtis!

Gloria and I dressed for the banquet, went to the hotel about an hour in advance, with her “one ticket.” She said, “We are going to get another ticket for you.” Thirty minutes before the banquet, Curtis showed up with his entourage near the door where Gloria and I were standing.  Down to earth, Curtis spoke to us for a few minutes before going inside the banquet hall. Gloria and I tapped ourselves on the hand for getting cold feet and not asking Curtis if could allow me to attend the event. Not to worry, a few minutes later, a lady yelled, I have an extra ticket . . .” Before she could finish her sentence, I answered, “I’ll take it!” It was an awesome night, listening to Curtis intertwining stories with his writing journey.

What can I say, I’m hooked on children’s books written by Christopher Paul Curtis! 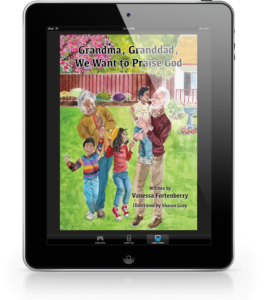